Don’t forget, we will be having our book discussion on Jane Boleyn:  The True Story of the Infamous Lady Rochford by Julia Fox this Saturday (October 2nd) at 1pm here in the store.  Everyone is welcome to come discuss this non-fiction book about the Tudor court and the reign of Henry the VIII.  Let us know if you are picking up a book for the store book discussion and we will give you 10% off.

Become a Mostly Books Facebook fan and get daily book trivia.  This week’s facts have been about banned books.

If you are looking for a fun read for your elementary or early middle school reader, try one of Roald Dahl’s books.  Dahl has written wonderful titles such as James and the Giant Peach, Fantastic Mr. Fox, Charlie and the Chocolate Factory, Matilda, and countless others.  Don’t forget the month of September celebrates Roald Dahl’s works, so be sure to read one of his books before the month

is out.  Check out his website for more information and fun activities.

I just finished reading Yasmine Galenorn’s book Witchling and I am already dying to read the next book; Witchling is the first book in the Sister of the Moon series.  The series starts out with us meeting three sisters, Camille who is a witch, Delilah who is a werecat, and Menolly who is a vampire.  The sisters are all part faerie and part human, which tends to reek havoc on their gifts.  The girls have been sent to Earth to protect the world from any violent supernaturals, and especially from any demons.  Before long, the girls find out that demons have come to Earth and now they are fighting to save their home-world as well as Earth.  I definitely read paranormal books for the magic, and Galenorn didn’t let me down.  There were several supernatural fights as well as everyday magic use.  I also enjoyed the faerie world that Galenorn has created, and  I am eager to read more about the Otherworld in the upcoming books.  Needless to say, I have already set the next two books aside and can’t wait to start them. 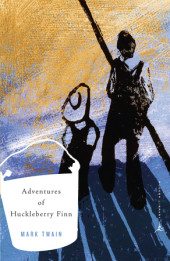 Banned book week takes place September 25th through October 2nd this year.  This week celebrates the freedom to read.  It never ceases to amaze me the books that are challenged or view unsuitable for the general public to read.  I often forget that hundreds of books a year are being pulled out of libraries in our “modern world”.  Books such as the Twilight saga, the Harry Potter series, or Catcher in the Rye.  No book is safe, as unfortunate as that is, and often the most well written books have been banned at least once.  Typically a book is petitioned for removal because of “inappropriate” language, sexuality, violence, or religious implications. The ABFFE, of American Booksellers Foundation For Free Expression, mission is to fight censorship, specifically in regards to books.  They have a great website that gives you information about the organization as well as what banned book cases they are involved with.

Here are a few commonly banned or challenged books:

The Catcher in The Rye by J.D. Salinger

The Grapes of Wrath by John Steinbeck

To Kill a Mockingbird by Harper Lee

The Color Purple by Alice Walker

Of Mice and Men by John Steinbeck

Another website to check out for more information on banned books is the American Library Associates website.

As you have probably gathered by now, I have several co-workers who are devouring all of Lee Child’s books.  One co-worker just finished reading Bad Luck and Trouble by Lee Child, and had nothing but wonderful things to say.  I have been told that this is a fantastic addition to the series because Child finally gives you more background information on Reacher.  In this book, Reacher has to find his missing elite military team members.  Out of the eight team members, four are missing and one has been murdered.  Reacher can’t figure out how the best of the best are being capture and murdered.  My co-worker enjoyed all of the unique ways that the characters would find to contact Reacher.  Being a man with no phone or address, he can be somewhat difficult to get a hold of.  Child takes you inside the darker side of human nature with his greedy and self-serving characters, and as always, keeps you turning the pages with the fast pace action.  This novel is filled with suspense, leaving you wondering what will happen next.

This is an author already published in New Zealand making a U.S. debut; and I loved it!  It is a children’s science fiction book about two best friends, a boy (artist) and girl (brilliant with math), who get an idea about messages from the future; they get a message which has to be decoded.  Both skill sets are required as logic is not the only answer to decode the message.  Slightly outrageous, as they win the lotto and buy a mini sub to set out to save the world, but a lovely, fast moving story.  The characters are well developed and likable.  The enemy  bio- weapon is believable.  Unlike some stories today, the ending was good.  Maybe not so good for very young readers if they might have nightmares about starfish and blobs in fog; but the slightly older reader will enjoy this. I look forward to more from this author.

Thanks for your review Nancy!

I apologize for the mistake, but we will not be reading Little Bee by Chris Cleave in the  month of October.  We have decided to read To Kill A Mockingbird by Harper Lee on October 16th instead.  Sorry for the confusion.